When I think back to it; when I look at the pictures my heart is full of so many emotions it is hard to find words for the memories and pictures, still I will try

I had been driving along the coast, searching for a place to stay for the night. As I wanted to sleep in my hammock, I needed trees and so far there simply had been non. I was getting a bit frustrated but then – just some kilometres behind the little touristic beach town of Santa Cruz, was a little pine forest between the road and the coast. I had a look and found a tent and VW bus parked in the forest as well. This seemed like the spot. I walked up to the guy with the VW and asked him if he was planning to stay for the night – always good to check out the neighbours. He said yes, he was French and seemed nice. I drove down to the end of the road – the coast was right there a beach as well and headed back to the town to get some groceries. On the way out the French guy was waiting for me on the side of the dirt road. He invited me to have dinner with him – lovely. I said yes and went shopping.
After I got back and had set up camp, I went down to the beach… it was nothing short of stunning – beautiful weather, some locals enjoying themselves and I had a blast taking many, many pictures – of waves, rocks, dunes, people…
At the end of the beach I found a local man and his son fishing. He was trying to tell me that I reached the end and I tried to ask him where the path back up the cliffs was. They packed up and accompanied me. The dad was excited to show and explain to me the beauty of our surroundings. The son was slighlty annoyed/embarassed by his chatty dad and having to translate with the little English, school had managed to get into him. They were lovely people, helpful and friendly. The dad seemed excited to have someone who listened and showed me some pictures he had taken. 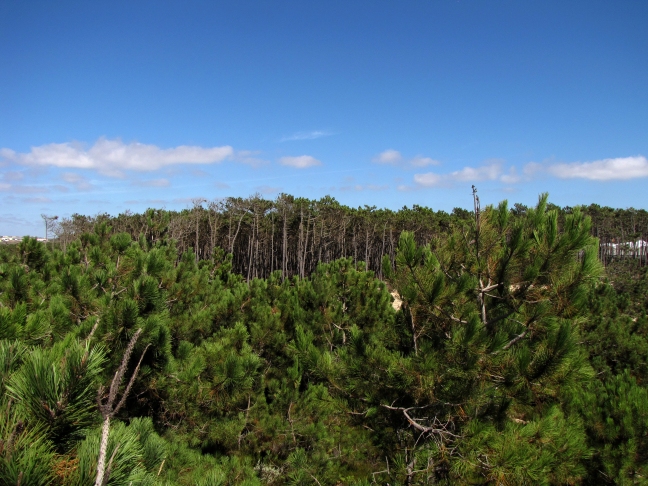 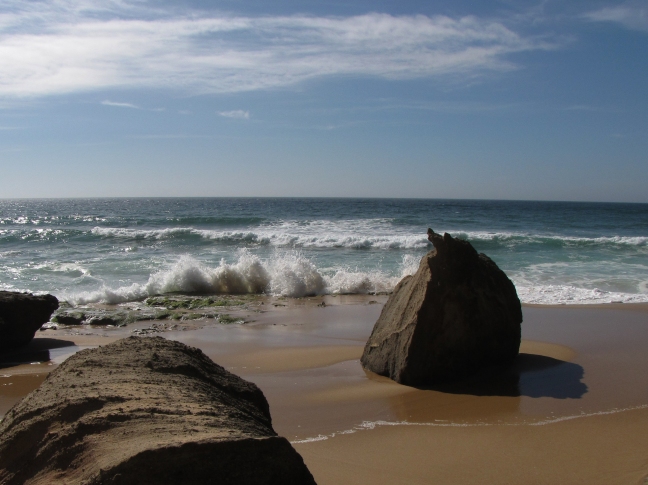 After that exploring and picture trip and that wonderful encounter, it was time for dinner and I joyned the Frenchman. He had already prepared everything and we had rice, with fresh homegrown tomatoes, some fish and rosé wine which apparently was from his Marseilles property. Everything was deliscious. After we finished he offered really old rum and a joint. The evening was only getting better. We spent some hours drinking, smoking and talking. The guy had seen stuff and a few times I wondered how much of his tale was actually true. In the end it didn’t matter. He was an interesting guy who had had a moved life. He had been a captain and spent 30 years on the oceans of the world.  He had worked for Gaddafi who – according to him – had been a good guy. Now he was making money with self storage, living on his whine property in Marseilles and travelling the world. His bus was a new t5 with 4 wheel drive and all the amenities that you could imagine. After his trip through Portugal he wanted to ship it to Australia and go on a road trip there. With rising alcohol level his English got worse and he was starting to get a bit frisky. During a toilete break I noticed that I as well wasn’t quite able to walk straight anymore and decided it was time to go on an adventure. He invited me to sleep in his bus if it would be too cold in my hammock – “I’m a gentleman, I wouldn’t touch you” – I wasn’t so conviced and thanked him for the offer. We agreed to meet for breakfast and off I went.
I was ecstatic – drunk and high I was excited to go on a nighttime adventure in the dunes and on the beach. I spent some time listening to music and to my thoughts, writing some of them down, while sitting in the dunes. Afterwards I spent about two more hours playing around on the beach, walking through the surf and climbing around on the rocks. I was left with a little memory – a bloody toe, which I didn’t notice until the next day.
I had a good sleep between the pine trees, in my hammock until I woke up early in the morning with sprinkles of rain in my face. Grumpy and still tired I hopped to the car while still in my sleeping back and gave a wave to the Frenchman who was already up. I slept for 2 more hours in the back seat. When I woke up my neighbour had already left and the weather was still gnarly. I packed and drove out to the cliffs where I had breakfast, sitting on the cliffs, watching the ocean. Afterwards I made my way down to the beach where I found green glowing, algea covered rocks, exposed through the low tide and locals searching for clams. I had a blast capturing the strange formations and watching the locals. Approximately 100 pictures later the clouds were slowly burnd off by the sun and I felt a deep peace and slumber coming over me. I layed down on the soft sand a quickly fell asleep. 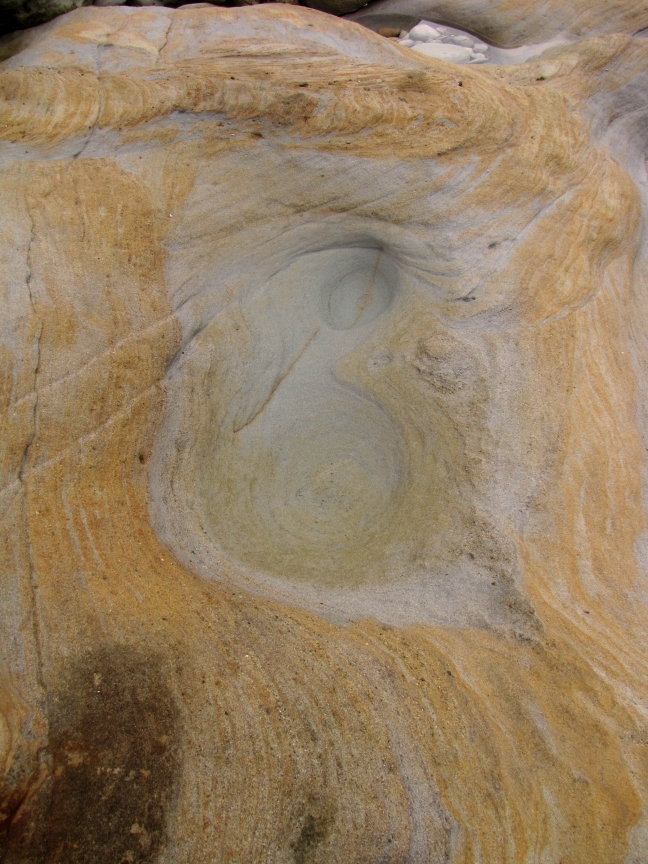 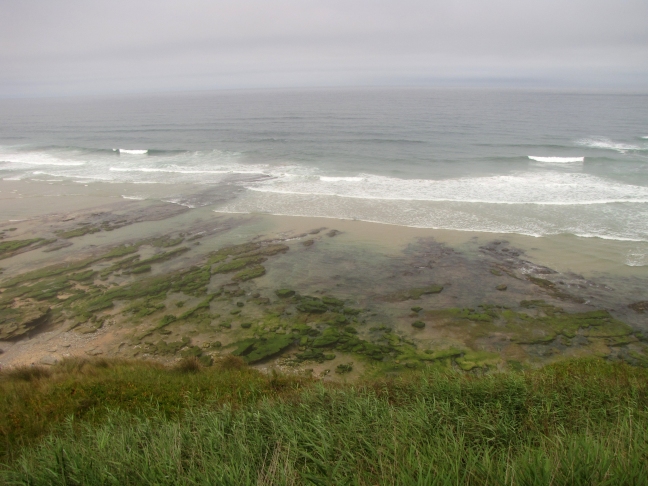